The Blood Lord is one of the oldest champions in the game. He was released in season 1 and collected few skins under his belt. We understand how hard can it be to choose a skin for your favorite champion so here is a best Vladimir skin review.

You are watching: best vlad skin

With almost to no change compared to original design, we start off with Count Vladimir. It changes outfit color as well as hair color. The only thing it has over the original is a much better splash art. To not make this list too long we also added Nosferatu and Vandal Vladimir to this spot. All three of them are more than a decade old and are simply not up to par with the current skins.

Count Vladimir costs 520 RP and is currently unavailable for purchase. 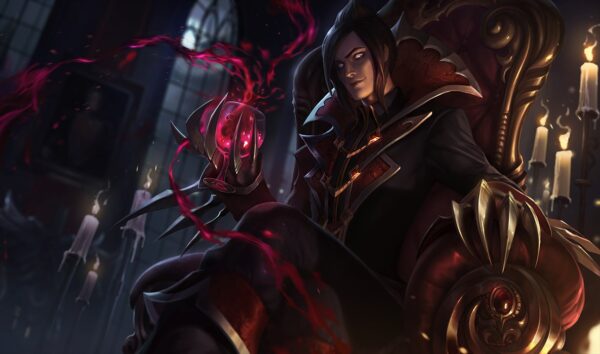 Unless you are a fan of anime, seeing a vampire in a school outfit would seem improbable to you. Riot gave him a new look in the academy line where he seemed more approachable. Granted, he’s still a bloodthirsty vampire, but now he’s wearing teenager’s clothes. Except the storyline behind it, there is not much else to be said about the skin. It features no new animations or sound effects. Frankly, it’s relatively similar to the old skins.

If you want to see your favorite vampire in a romantic scenario, this skin is for you. The skin makes it seem like Summoner’s Rift turns into a huge ball room. Just like our two previous selections, it as well features no new animations. On the other hand, blonde hair and a blue coat are aesthetically appealing. If you want to go for a budget option this is your skin.

ALSO READ: How much time did you waste on LoL 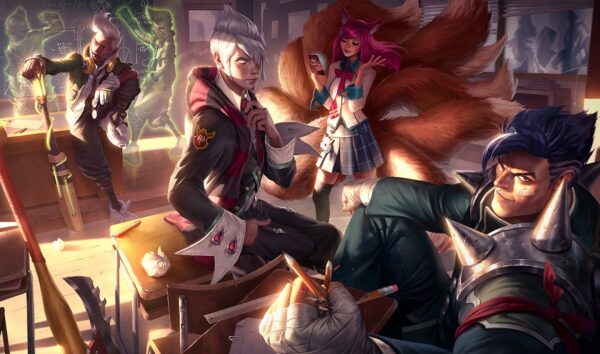 After a few detours, we’re back to the lord vibes. Unfortunately, that also means prices are going to go up. The skin ended a drought that lasted between 2011 and 2014 where Vladimir didn’t receive any new skins. It still feels quite old with the primarily green theme. It is the only skin in which Vlad wears a hoodie or a hat. Few years ago, this would probably be my favorite skin, but now it’s not enough to even crack into our top 4 best Vladimir skins.

Number four on our best Vladimir skin tier list is Dark Waters. With it came a new term to the game. It is one of the first skins that were called “pay to win”. His animations are extremely hard to spot, especially his R which is practically invisible. Thus, he gets an advantage over his opponents. With the price of 1350 it is a quite good skin, but sadly for him, there are even better ones.

ALSO READ: How to Get out of Bronze 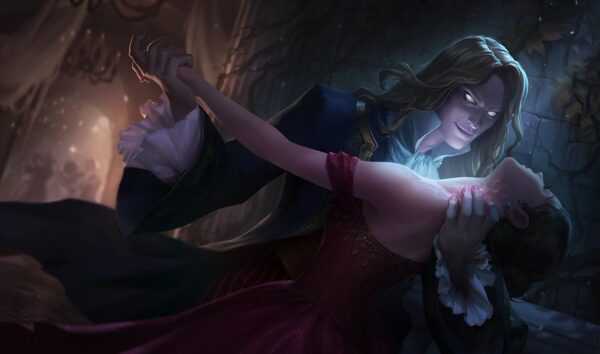 Up until 2019, Blood Lord was by far his best skin. When we consider the fact, it has been released all the way back in 2011 I think it’s fair to say that the skin was a success. Out of all the skins, it is the only one that will give you the feeling of being a bloodthirsty lord. His armor sets him apart from the others. Even if he was only a mere human, he would still strike fear into anyone who saw him. The blood sucking part just makes him that much scarier. A new voice comes with the skin as well. His animations are not too appealing to the eye and are easy to spot, unlike the other best Vladimir skins.

If a vampire running at you trying to eat your soul wasn’t enough already, now he looks like he’s on fire while doing so. His multicolored coat with the yellow endings gives him a firey look. Unlike Dark Waters, abilities on this skin are much more visible. So don’t expect to have much of an advantage over your enemies, besides being much better than them. The skin doesn’t have the aura around him to indicate it is special. Truth be told, the splash art might be the best part of the skin. 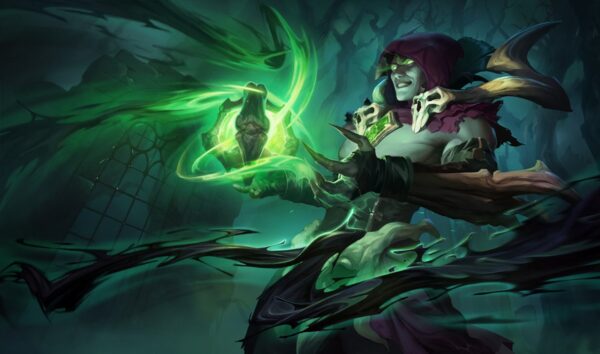 Best Vlad skin is Cosmic Devourer Vladimir. It comes with a voice filter on top of updated animations and sound effects. His splash art is awfully similar to Count one, I would have preferred it to be more unique. Another thing that I wish the skin had an animated universe on his coat similar to what Aurelion Sol has. When playing with it I still felt like a lord of the universe despite of that though. His galaxy-colored spells are hard to spot giving him advantage in game. Best part of the skin is it’s recall animation. The ultimate ability can sometimes be confusing, as it shares the similar animation with Soraka’s Q. Animation on his orb is mesmerizing.

You get to be a vampire in space

To shortly wrap it up, there is a huge difference between old and new Vladimir skins. Only exclusion being Blood Lord one. Unless you are on a tight budget, you shouldn’t be looking to get anything except our top 4 picks.

See more: How to Improve your Map Awareness in League of Legends