This week at the Revenue Review we’re looking at different ways of organizing your binder and the pros and cons of each. This is Part Two of a three-part series. Last week I explored how to build a binder from the ground up, and next week I’ll walk you through the process of selling off most (or all) of your binder to turn a profit.

Let’s start with some common ways to organize trade binders.

You are watching: how to organize magic cards in a binder

Not using a binder

Don’t do this. Ever. Even if your options are to use a card box or watch the entire Twilight saga with your little sister. Suck it up and pretend you’re watching Blade.

I’ve seen a lot of newer players carrying around boxes that they keep their rares (and a mess of other random cards) in. It’s exciting for me because you never know what you’re going to find, and you know not many people will have taken the time to look through it. But 99 percent of the time you won’t find anything worth getting, and you’ll have wasted infinitely more time than you would have if they had just used a binder.

This is what I do with my binder, and it works especially well with smaller collections. With each color (and Gold/Hybrid, Promo, Colorless, and Land cards) separated, it’s very easy to find any particular card my partner is looking for. Since I have a small collection, about 4 pages of front and back cardholders per color, it’s not very time-consuming to sort through.

I also leave two blank pages of cardholder in between each section so I can stock new cards in. This allows you to quickly and easily slot cards into where they belong amidst a night of trades. This isn’t the flashiest method of storing cards, but it gets the job done, especially on the lower end.

– Easy to organize and update

– Easy to find particular sections and cards in small collections

– Requires you to leave blank pages in your binder

This method is very hard work to keep up with and is really only recommended if you expect to deal with a room full of sharks who are spending minimal time on each trade. While it’s certainly useful to open someone’s binder and see their best cards up front, I think the risks far outweigh the benefits on organizing your own binder like this.

For instance, if you open up a binder organized like this and find their Murmuring Bosks all the way with the junk lands, then you are going to jump all over that if you know beforehand they’re valuing them at a low price, rather than the $4 it’s currently fetching on Ebay.

There also is a ton of upkeep associated with this, which is the biggest reason why I don’t recommend it. It’s one thing to keep track of prices in order to be a good trader, but it’s another entirely to spend hours meticulously rearranging your binder.

– Is very easy to navigate when dealing with serious traders 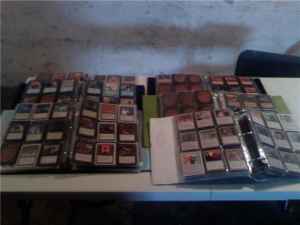 – Difficult to manage and keep updated

This method works very well when you have a lot of older cards, regardless of how many you have. Most traders are looking for Type 2 (Standard) cards, and can just be completely turned off if you show them a bunch of rares from 2004. Splitting your stuff up by time period can really make it easy to distinguish what you have the most of.

The drawback to this is that casual traders looking for cards can be a little intimidated by your binder. Of course this depends on your audience, but some of the guys I trade with wouldn’t even know what I meant if I told them, “here are my Type 2 cards, here’s the Extended section, and behind that is Legacy, and if I have any Vintage-only stuff, it’s in the back.”

If they want some random Green fatty they might not have seen before to fill out their casual or EDH deck, then you create some extra work when they have to search through three sections of Green cards, or more if you don’t have it organized by color.

– Speeds up trades with focused partners

Some traders have asked me if I stack cards behind one another in my binder. There’s two sides to this argument, and both have valid points.

Obviously stacking your four Baneslayer Angels on top of each other in a single holder will save space in your binder, but it comes with the increased risk of damaging the cards when taking them out.

Personally, I stack my cards on top of each other. I don’t want to have a binder that is too huge to carry around because I was worried about slightly bending the corner of my fourth Gideon Jura. Taking care when removing cards and not pulling them out willy-nilly goes a long way. Just be careful with your collection, and you should be able to keep your cards in good condition without too much trouble.

Putting cards in outside sleeves:

To clarify what I mean by this, think of the typical nine-space binder page with another possible nine spots on the back if you put cards back-to-back. I have a friend who only uses the six innermost spaces on each page because the ones on the outside are more likely to slide out when flipping through pages.

I understand the concern, but I don’t think it’s worth running at 66 percent capacity to minimize an already-small risk. The fatter your binder gets, the more logistical issues you have carrying it around and navigating through it. Just be careful when carrying and turning through your binder and you should be fine.

Another trick I use is to put a card I have multiple copies of at the top outside edge of the page. It’s a lot less likely that your cards will accidentally fly out when you have three Cryptic Commands with two Coralhelm Commanders sitting behind them. Using the combined weight of the cards will keep them from sliding out of your binder, and is safer than putting your only [/card]Jace, the Mind Sculptor[/card] by itself on the top and outside of your binder.

Differences between large and small collections:

As I’ve said, I have a pretty small collection, so everything I’ve discussed comes from that paradigm. Stacking your Fauna Shamans on top of each other doesn’t work when you have 15 of them. In order to give you another perspective on this, QS’s James Trentini wrote a bit on how he handles his collection, which is much more sizable than mine.

“When carrying a large amount of stock with you it can be hard to sometimes organize it in a way that makes the trades simple and easy to complete. I’ve looked through some binders and it’s hard to find the things you want in them because they are so disorganized and scattered, you don’t want that to be you.

The way to save space and make things simple with large amounts of cards is to only have a singleton of any given card in the binder page. Any multiples of the cards in your binder should be kept in penny sleeves and left in a box in your backpack. What this does is allows more cards to be displayed while giving you a secure way to carry multiples of what you need. When you have 12 copies of a card you don’t need to show them all off, simply state that you have multiples of most of the cards in your binder and that if they want more than one to let you know. As far as organizing a large collection I go by tabbing out my binder into multiple sections in the following order:

Keep in mind that the color order is all dependent on what is popular at your local area, blue is very popular here and so that is first in color order for me. The first half of your binder should be Type 2 with Legacy/Extended after. What this does is allows your trade partner to jump straight to the cards they are looking for and don’t have to scan each and every page for a card they want. Now I have tabs labeled so as to make their decision making easier for them, the faster a trade ends the sooner the next one starts. Hope this helps those of you who like to carry a large amount of staple cards with you, now go out there and trade!

That’s it for this week, I hope you enjoyed the column this week and find it helpful. Let me know in the comments if there’s anything I missed or you want to see next week. 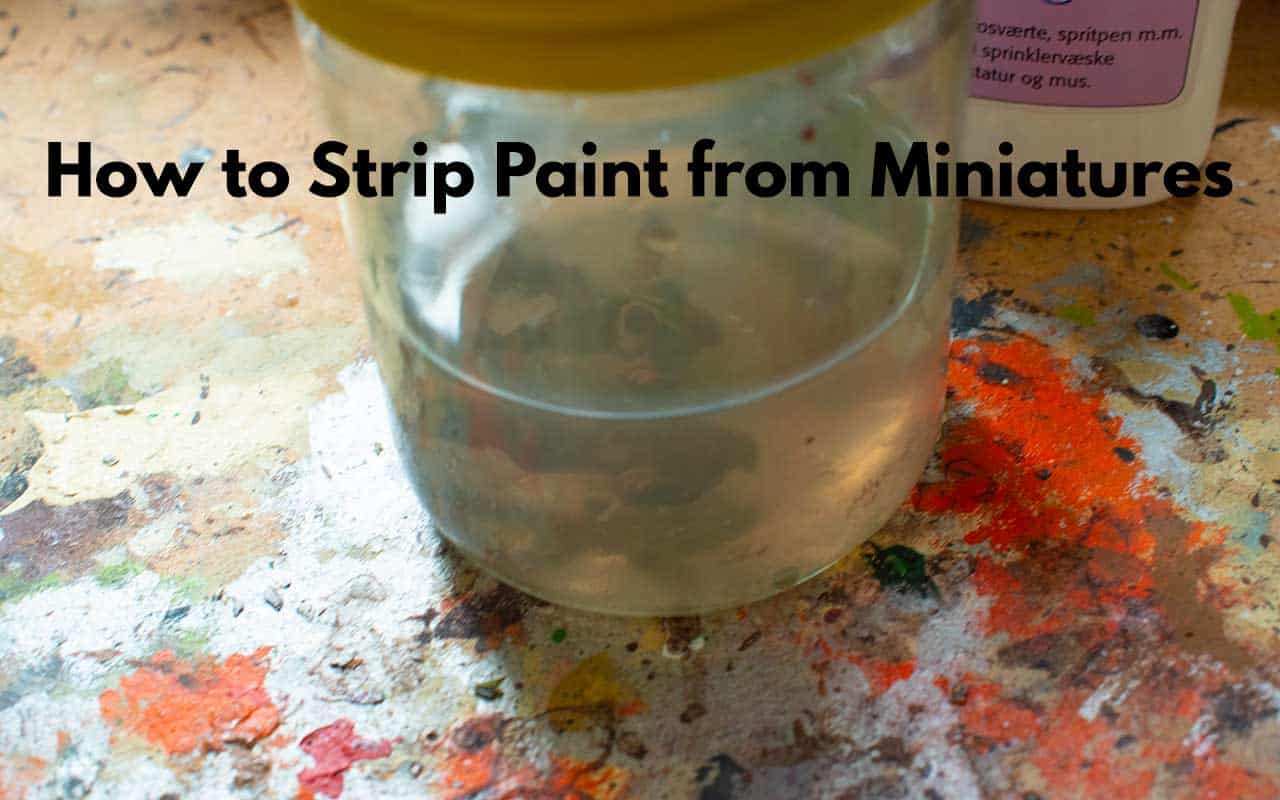 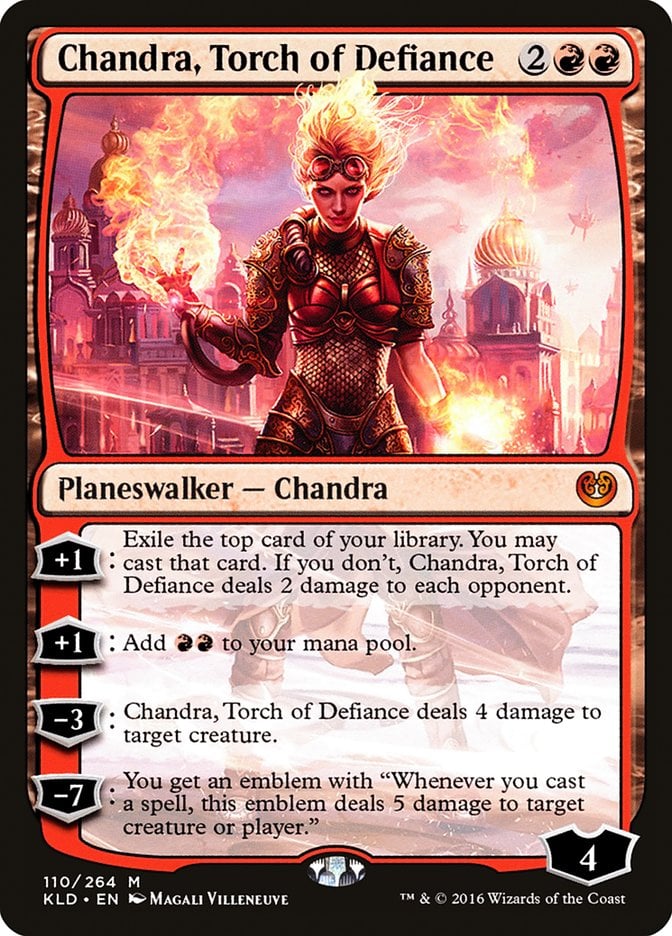